After waking up my legs in Florida with the Draft Legal Challenge, I got my local racing season rolling over the past couple weeks with some fun community races. Unlike last year when I focused my whole season around a few big events, this year is all about getting back to basics and smashing myself at the local favourites.

After spending most of last year focusing on volume I was really looking forward to getting back to some fast and hard racing this year. Partly because I'm not yet ready to dedicate myself completely to long course, but also because I've been keen to see if/how a new level of strength, durability and mental toughness can translate into speed.

Historically I've struggled to stay consistent in short course high intensity training and tend to get injured and/or burned out. Give me all the 30k tempo runs and six hour bricks in the world, but 4x2k hard used to nearly kill me. But I've put in some decent early-season hard yards on the treadmill and indoor track so I was cautiously optimistic about my spring fitness.

First up was testing my run speed at a local 5k put on in part by my parents!..the Komoka-Kilworth Easter Dash. Sure, I could have chosen a certified drag race of a course with a massive field, but the food and prizes wouldn't be nearly as awesome! After all my goal was simply to push myself as hard as I could to the line. I figured I'd just take things out at "faster than PB" pace and see what happens! 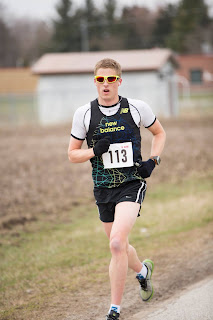 For maybe the first time ever in a 5k, after taking it out hard and already feeling it at the 2.5k turn I had the fitness and focus to maintain my pace. I certainly benefited from my new perspective on distance and pain and with 1k to go I knew I had a new PB locked down and it was time to see how low I could get it. I hit 5k on my Garmin in 16:35, however with the course slightly long (out of necessity for logistics) my official time was 17:01 for ~5.18k. It was a super fun event run entirely by volunteers, and proceeds go towards building a trail in my hometown community, so what more could I have asked for?

I felt GREAT about that new PB, until all my Hurdle Project teammates crushed Around the Bay 5k this past weekend :) In all seriousness, it was an excellent early season bench mark and now I'm excited to see how much more time I can knock off on the next one.

The following weekend it was time to test my cycling legs and new cyclocross setup in preparation for Paris to Ancaster. Not that P2A is a priority race, but after nearly getting off my bike and crying in the fetal position half way through last year, I vowed to at least be prepared this time around. So I jumped in the smaller and slightly lower key "Steaming Nostril" 70k in Waterloo.

The big story for this race was going to be the conditions. If a 70k gravel race in early April wasn't crazy enough, the morning brought -15 windchill and more snow than we had at Christmas. So I mentally prepared myself for the battle ahead, and my wardrobe looked something like this:

Race 3 of the season tomorrow and first bike race of the year. Forecast is -15 windchill and 10-15cm of snow. If I become one with the Canadian tundra let it be known that I shall donate my bike parts to the #hurdleproject #steamingnostril
A photo posted by Ryan Power (@ryan.power.5) on Apr 2, 2016 at 4:44pm PDT

I started in Wave 2 as the first wave was reserved for riders with a UCI race license (which unfortunately is absurdly expensive), so my only goal for the race was to dial in my equipment, tire pressure and pacing for P2A...in other words, to inflict as much self-induced pain as possible and still get over the finish line. The insane conditions just made all that a little more fun!

After a pretty relaxed roll-out with a neutral start I wanted to stay at the front but be careful not to go bananas from the gun like I did in P2A last year and completely blow up. It was clear right away that very few riders in Wave 2 were committed to a big effort, but I wasn't going to get caught up in any tactics...my only reason for doing this race was to destroy myself.

They gave Wave 2 our own lead vehicle which was amazing! It helped feel like I was in my own race, and kept me motivated to push the pace all day. I found a couple allies who were willing to work with me early on. We got organized and put our heads down for the first 20k which was almost entirely into the 30+km/h headwind. After 20k it was down to two of us while we started rolling through bigger groups of Wave 1 riders. I made an effort to bring up the pace when passing groups, no free rides today! 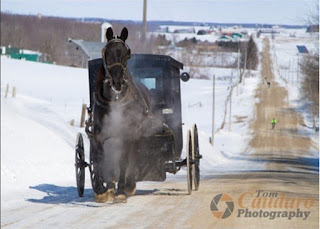 stolen from Instagram...that's not me

The course to that point was relatively tame, mostly well-packed gravel roads with some pavement. The conditions were pretty brutal though and despite being well-prepared clothing wise my bottles were frozen and my shoes had a layer of solid ice on them. I put my gatorade bottle inside my jersey to make sure I had enough carbs along with a gel every 30 minutes.

At 30k we had made it through most of the headwinds and I was starting to think about whether I wanted to attack and go solo vs. see how long we could work together. But after a long pull I looked back and the decision was made for me...I was on my own. I set my sights on the lead vehicle and went into solo TT mode. It didn't matter to me that this was Wave 2 of a spring gravel race, to me there is no greater feeling in racing than getting off the front and chasing those flashing lights. I've enjoyed that feeling a few times in tri's, but ripping on my cross bike down gravel roads in the mud and snow just made it even more memorable.

I knew my chances of putting time into a peloton of legit Cat 1 riders in Wave 1 were pretty slim, but why not try!? I was inspired by Lionel Sanders' words "There are no limits!" and was chewing stem for the next 30k. When I got to 60k I was seriously in the hurt box and was telling myself "only 15 minutes left". Little did I know the race organizers had a little surprise in store, the kilometre from hell!

We turned off the gravel road onto a farm laneway, and first up was a mud chute that put Powerline Mudslide to shame. I tried to clear it but had to take a less than ideal line around some wave 1 guys walking down the middle...I got about 80% down, hit a massive rut and went ass over tea kettle. I got back up quickly but lost my bottle (it was frozen solid anyway) and my bars were pretty crooked. But there was no time to fix it yet, there were a few streams to run through first! This was the only time of the race I really wished I was in Wave 1 before the course was completely destroyed and full of cyclists who don't know how to run :)

But we weren't done yet! We had to scale about 200m of straight uphill through the trees. It's hard to put into words how steep and muddy it was...I managed to shoulder my bike and pull myself up by hanging onto trees. Others had to throw their bike ahead of them, crawl up a few feet and repeat. It was absolutely ridiculous, but hilarious at the same time. I managed to survive, quickly knock my bars relatively straight and get back on the roads. After one more awesomely fun laneway section I was just about smashed, but the end was near. A couple k's on soft rail trail, a short jaunt through downtown St. Jacobs, then up the famous "Stairway to Heaven" to the finish. 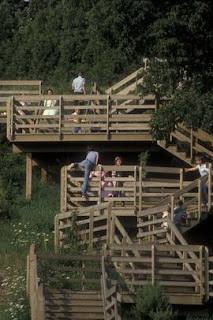 I was completely destroyed but I told my legs it was just a brick interval and I survived running up the stairs to finish strong. I ended up finishing nearly 15 minutes ahead of the next person in Wave 2, but was about 10 minutes behind the winners in Wave 1. I was a bit disappointed that I couldn't get closer, but they had a pretty solid field of Cat 1 pro's and surely weren't slowed down as much in the kilometre from hell. 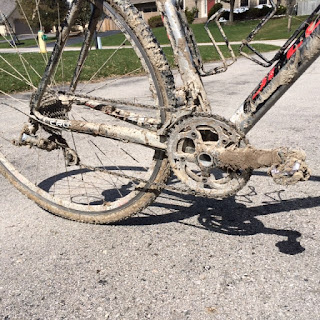 Poor drivetrain...actually it performed remarkably well given the conditions

It was without question the most challenging conditions I've ever ridden or raced in and will give me a mental edge for the rest of the year. It might also take me the rest of the year to clean my bike, clothes and car. I couldn't have been happier with my effort, I was well prepared for the conditions, nailed my tire pressure and tread choice...and overall feel infinitely more prepared for Paris to Ancaster this year. I can't wait to bring that experience to P2A, and if its above -10 that's just a bonus!
Posted by Ryan Power at 4:16 PM