Sometimes pictures are worth more than words. Sometimes they're just easier because I can steal them from the internet rather than come up with something to write. So here's my 2014 season in photos...for those who like to skip to the last page to find out the ending.

I always like to wrap up the year with a picture post, and even though I have a couple running events coming up this fall, here's what the bulk of my 2014 season looked like!

Florida Camp - tri season just isn't nearly as awesome without a trip to Florida in March. We had an awesome group this year, and Amanda and I have already booked our flights for 2015!

After Florida I had a couple tune-up runs before starting tri season. First I took the win at the Run for Retina 10k, then three weeks out from Rev3 Knoxville I did the Forest City Half Marathon. Coach James said no faster than 4:00 k's for a good 70.3 simulation, so I walk-jogged the last 800m to hit 1:24:03 (one second faster would round down to 3:59 on Sportstats!) 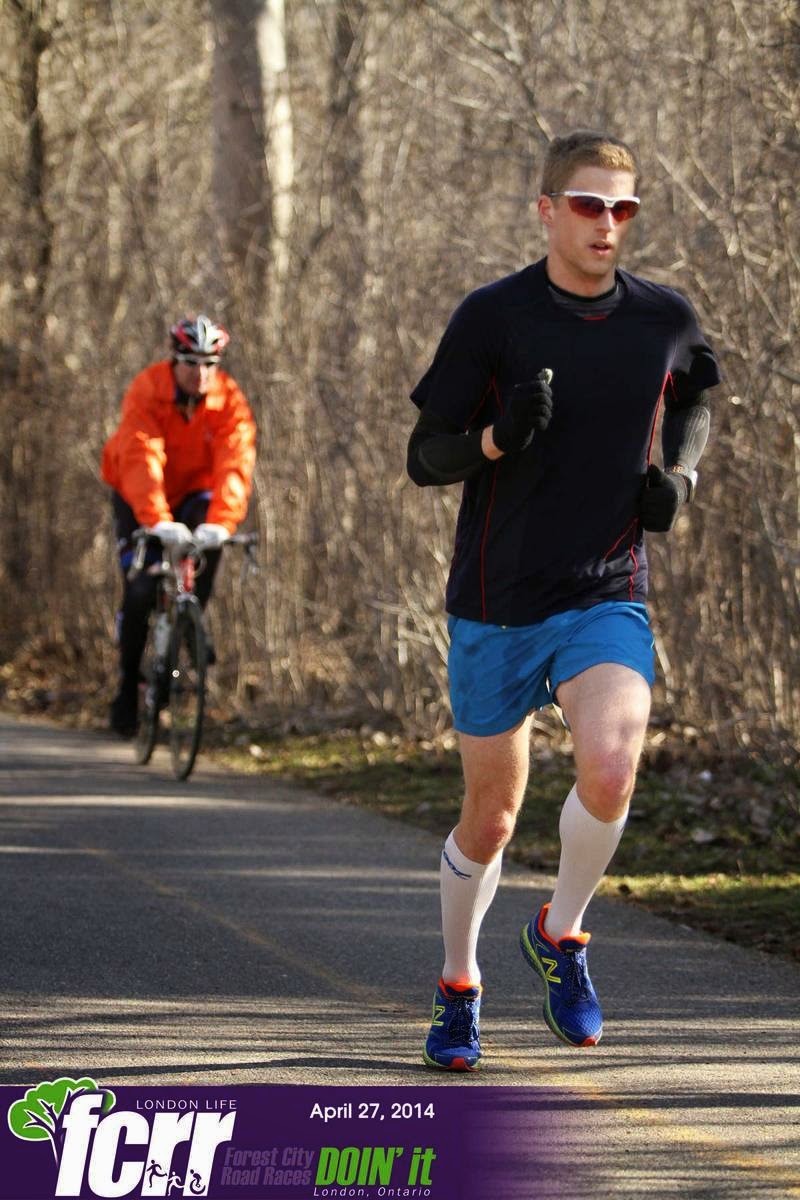 Rev3 Knoxville Half was my first tri of the year. I had no idea what to expect coming off a challenging off-season, but it may have been my best race of the year with a big run PB of 1:28 on a tough course. 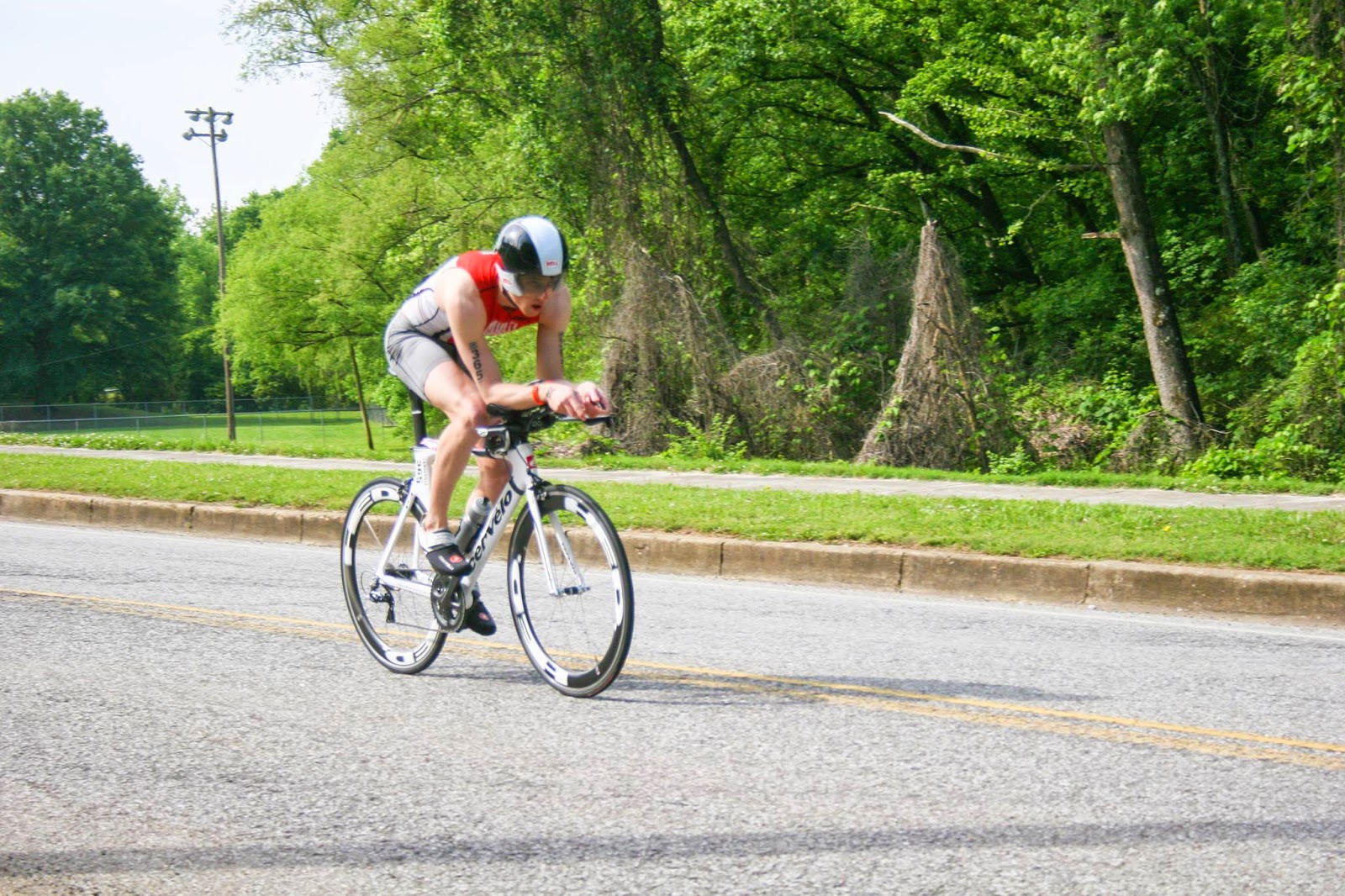 My first Ontario race was MSC Welland. My goal was to destroy myself on the bike and I succeeded with a new bike split PB (44:16 for 30k) and finished 3rd overall. 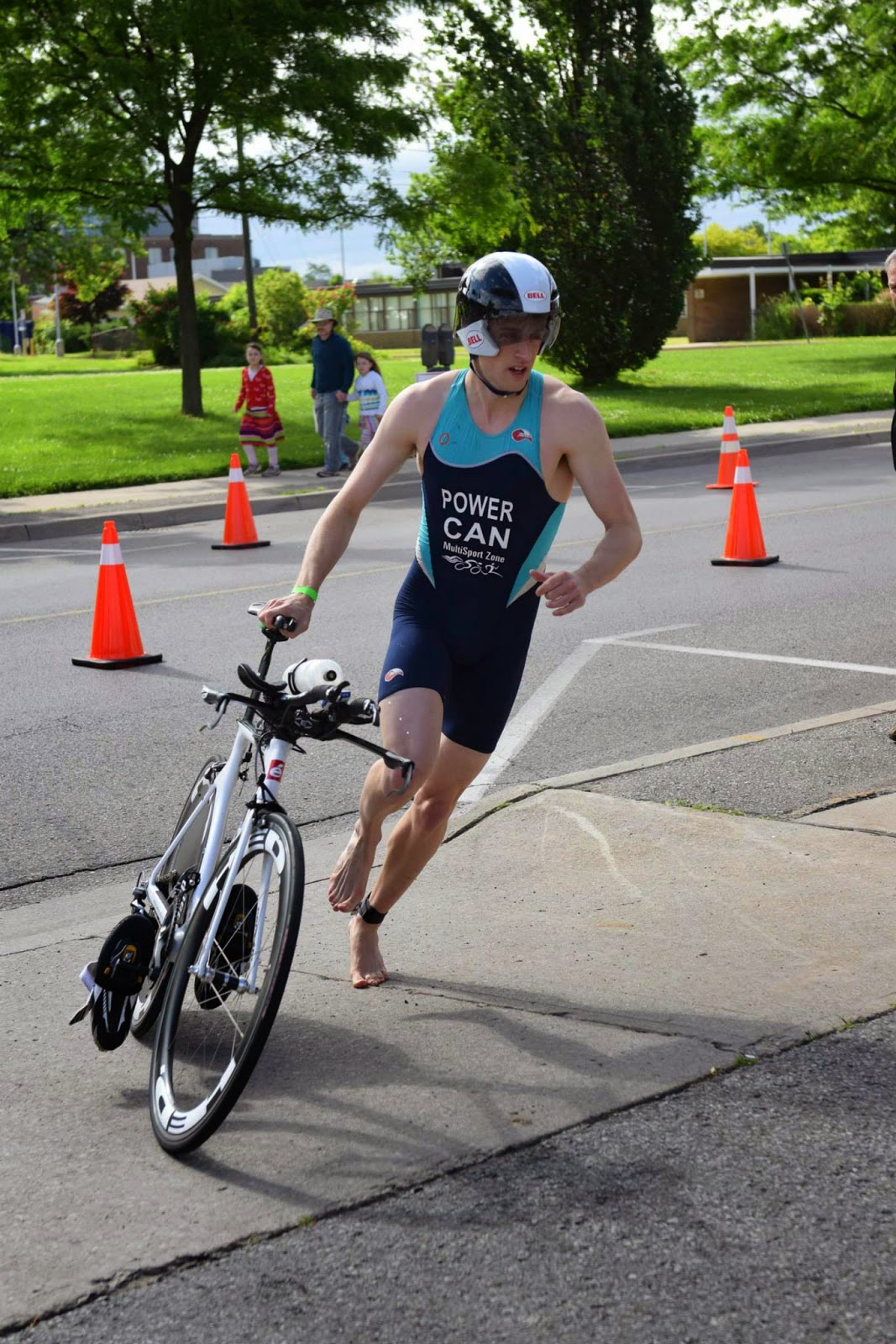 The weekend after Welland was Guelph Lake Olympic. Hard training and racing caught up to me and I had some comically bad cramping, but I managed to ride well and finished respectably. 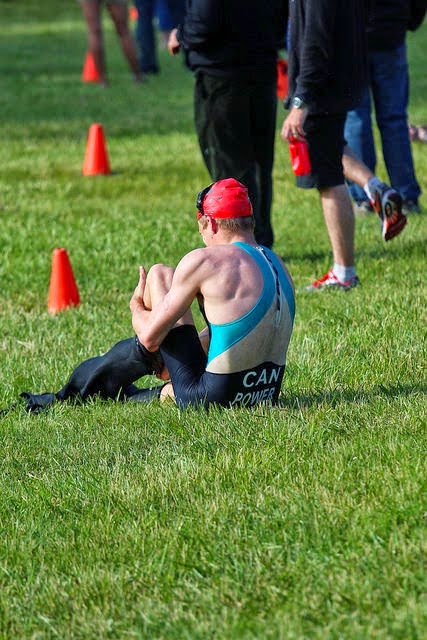 Valens Tri was an interesting day - I had another strong ride then had stomach issues on the run. Luckily I padded my lead on the bike enough to hold on for my first win in 2 years. I was disappointed at first but I'll take a win however I can with the studs racing in Ontario these days. It didn't make for my best finishing tape pic... 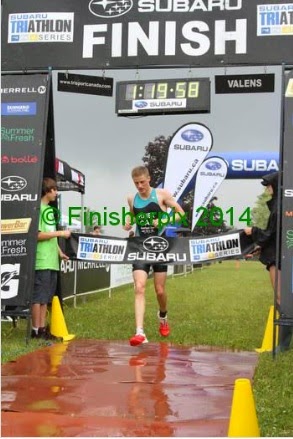 I decided to jump into Olympic-distance Provincials in the middle of my biggest training block of the year, and unfortunately I was stuck in tempo mode all day. But it was a good tune-up for 70.3 Worlds. 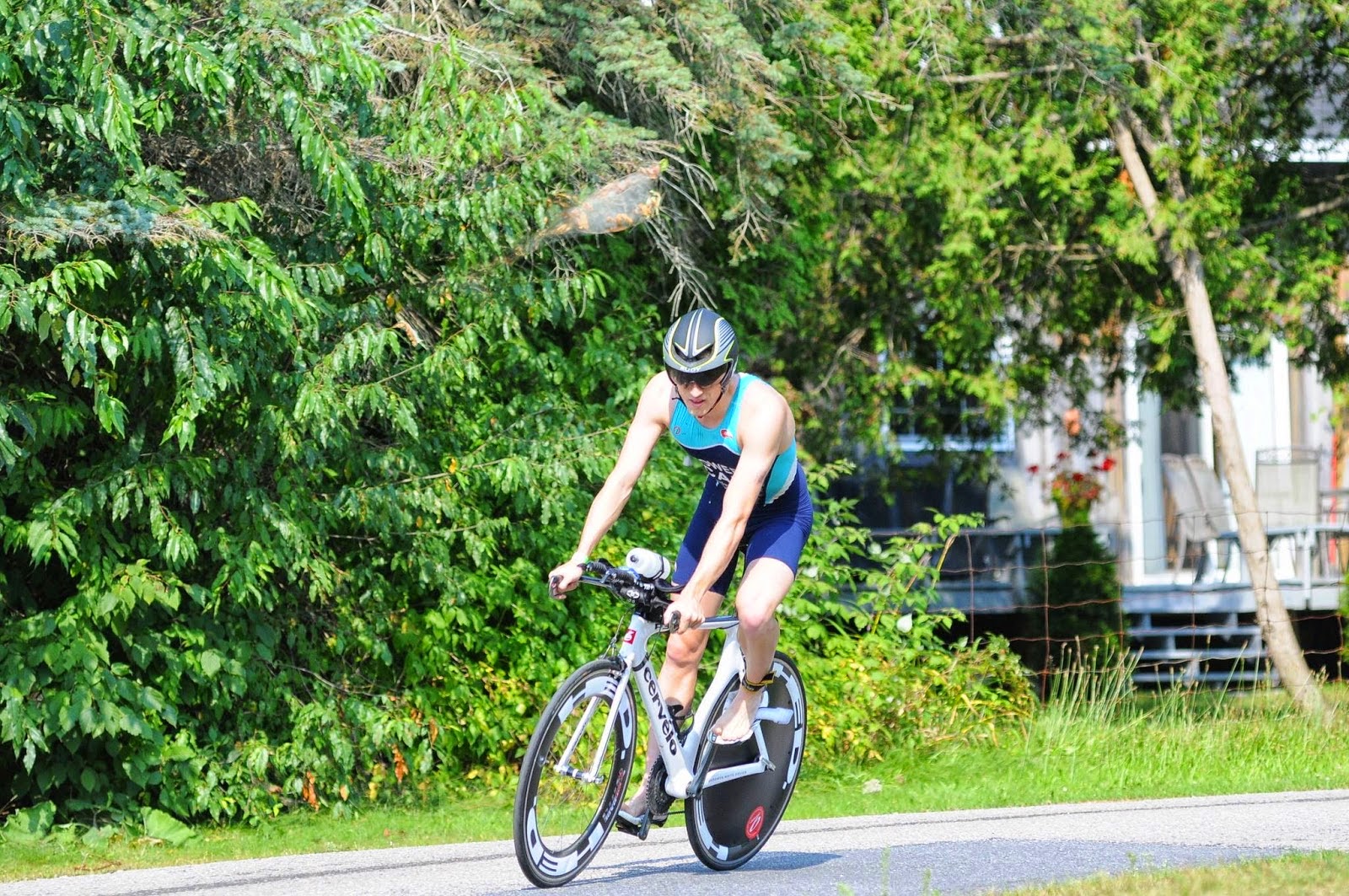 Finally the race that my whole season was based around. I had a lot of fun at 70.3 Worlds Champs with my best swim-bike of the year. Not my best run on a crazy hard course, but it was an amazing experience and will only make me stronger for the next one. 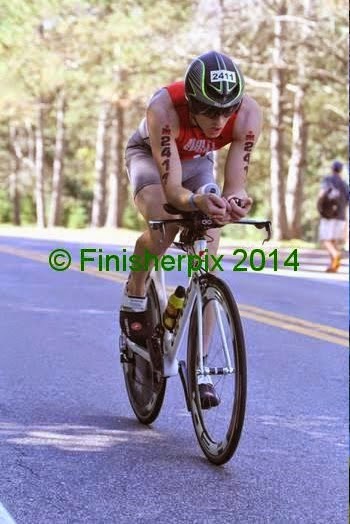 After a few weeks off the tri bike I entered my first mountain bike race. I surprised myself with how much my technical skills have improved in the last year on the trails and 42k of suffering was good for 3rd overall. Then I spent significantly more time cleaning my bike than I spent riding. 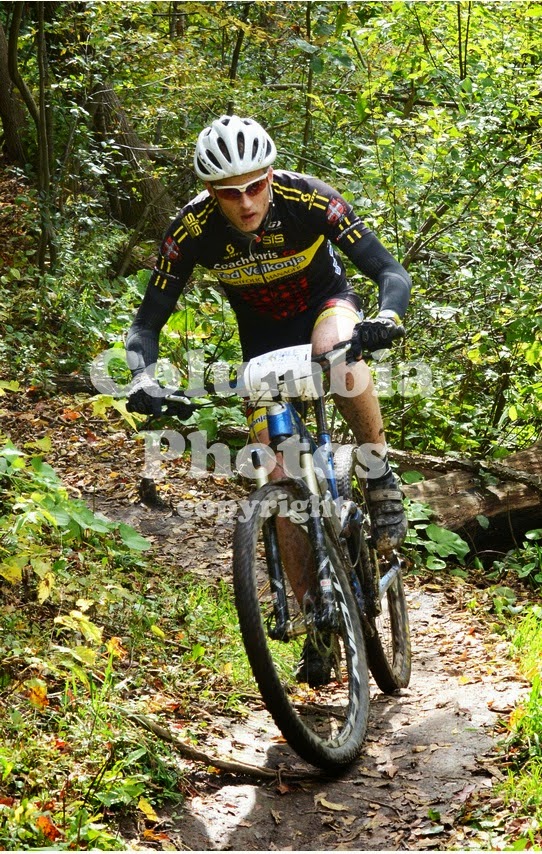 Despite things not always going to plan I finished the year with one pool swim PB, multiple average speed and power PBs on the bike (20k TT, 30k bike split, 90k bike split), knocked about 5 minutes off my 70.3 run time, and had five top-5's and two race wins. And I still have some running left to do. I'm going into the off-season with a much better mindset than last year and I'm looking forward to putting in the time and effort over the winter.

Next year is going to be a big one with most of my races already in place. I'll be starting off with Around the Bay 30k, an event that I've wanted to do since Amanda was in Hamilton doing her Masters. Then I'll likely head back to Rev3 Knoxville before some local racing and my first goal race at Ironman 70.3 Muncie. Then the rest of the summer will be dedicated to training time as I prepare for Ironman Louisville in October. I've had the idea of doing an Ironman in my head for a long time now, and next year seems to make sense. I'm incredibly motivated to be on this journey already and I know that this time next year I will be a completely different athlete than I am now. Hopefully I'll find some time to write some updates along the way!
Posted by Ryan Power at 7:40 PM