Wow it has been a while! I feel like I need to re-introduce myself or something, its been over 2 months since I have written anything...or at least had the time and patience to let a few photos upload. New Zealand was a place of scarce and extremely expensive internet, and quite frankly I was too busy having fun to worry about posting or uploading photos. I apologize to all my readers for such a long break, so here goes.
My last post was just before Amanda and I went to New Zealand, and now we've been back for a few weeks and I've finally found some spare time to look through some of our photos! Lots of new and exciting stuff over the last couple months. What an amazing trip...it went something like this: Toronto-Vancouver-Sydney-Auckland-Queenstown-Mt Cook National Park-Auckland-Rotorua-Auckland-Sydney-Vancouver-home. I have far too many stories and pictures to post here, so here's a recap of the last 2 months in a few snapshots:
Auckland was Amanda's first World Championships, and I was the team mechanic...so we took part in some of the festivities. 30hrs of travel was a bit tedious but NZ was worth it. 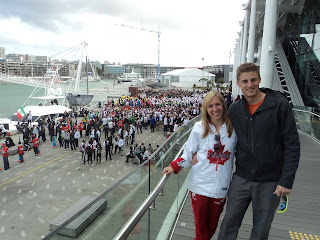 Then we got to see these guys do their thing. Man, what a finish of the elite men's race. Amanda and I were both screaming at the top of our lungs. We also caught the men's and women's U23 races in which a few of my friends and training buddies from RTC Guelph were competing...I swear I'll upload those sometime too. 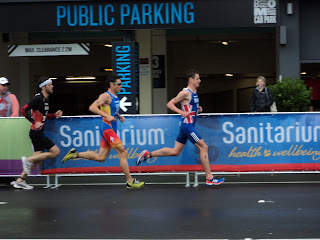 Monday finally rolled around for the Age Group races. I had a pretty good vantage point for photo ops having VIP access to the race site (Thanks Tri Can!) Amanda had an awesome race in the sprint, tackling her first ocean swim (in 58 degree choppy water), crazy New Zealand winds on the bike and posted a big 5k PB! What a way to finish off a tough but hugely successful season!!!
﻿ 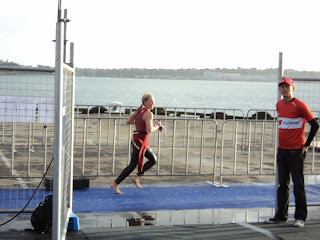 Had time for a bit of "money shot" hunting on the streets of Auckland during the race... 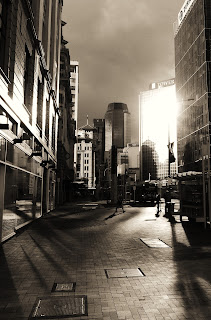 Contrasted to the stark beauty of Queenstown. We arrived here the day after the race and before the plane even touched down I didn't want to leave. This is half way up our monstrous hike to the gondola station (yes, most people take the gondola up and ride down...we walked up and took the gondola down) 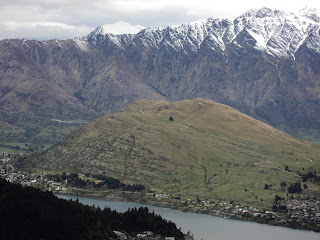 A little bit of XC riding! It was Amanda's first time on a mountain bike and she managed to get the hang of it on some pretty technical single track. This trail lead out from the center of Queenstown and has to be one of the most incredible trails in the world. 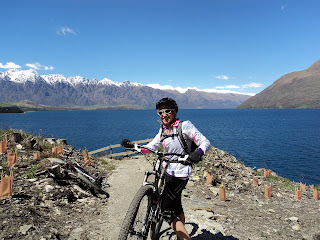 Then, for the Lord of the Rings geeks out there, we rode horseback through "Middle Earth". Jealous? 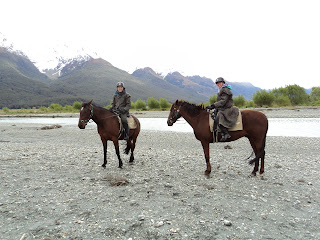 Too many photos and memories than my Youtube-playlist-before-work has time for. But it was an amazing trip and New Zealand, particularly the South Island was an incredible place. Everyone thinks I'm kidding but I would go back tomorrow if I could. I can't wait to go back for some racing of my own, but alas work and Visa bills beckoned. The only solace in leaving was I that I loved mountain biking so much that I bought one when I got home! 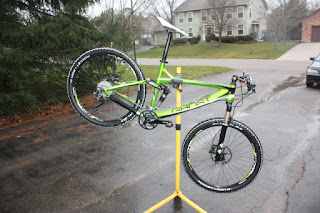 This is my new baby courtesy of MEC. I had it special ordered from Germany and its the only one of these in North America. It's a Ghost RT 7500 - full XT components and Rockshox Reba RL/Fox Float suspension. It rides like an absolute dream on fast technical singletrack...in my opinion faster than a hardail and climbs and handles better than a 29er. Riding Komoka Provincial Park doesn't exactly compare to NZ but its still a great workout and far more interesting than getting on the road bike when its raining and 2 degrees. I'm not sure if I'm quite a convert yet but after a few rides I think I'm a bit of a natural at XC. And I can't wait to bring it back to Queenstown and really put it to use :)
And don't ask me how I can afford this but I also got a new toy for my tri bike. Having gone a year without power on the road and opting for Computrainer training, I decided its not for me and I would like to have power numbers for racing, especially in long course. But not to try to post sign sprint PBs (ok sometimes...I am SO close to breaking 1500), more so to keep me in check on the bike so I can actuall run a half marathon off the bike next year. So the guys at Multisport Zone hooked me up with an awesome new set of Hed Jet 6 Powertap wheels that I can use for training and racing. I'm looking forward to getting more consistent and FAST on the bike next year!﻿
Oh and I've been doing a bit of training as well. I know a few athletes are putting in big hours and efforts right now, but I'm ok with keeping it a little more low key for the time being. Having taken almost half the year off I need to be patient with the road back. No need to force my times in the pool or pressure myself to nail every workout and boost artificial confidence. My goals are Tremblant 70.3 and Muskoka 70.3 next year, and I'll be fit when I need to be. For now I'm enjoying the process, getting back into the training routine and playing around on the mud.
That's all for now, I think I hear some Wham! christmas playing around the corner. ﻿
Posted by Ryan Power at 9:59 AM